And Then There's Margaret by Carolyn Clarke - #BookReview #BlogTour 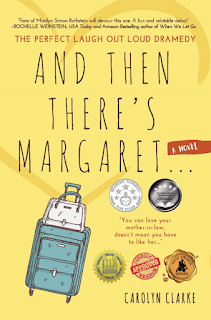 It takes effort to hate the things that make you unhappy. Like cold winters, rude people and when it comes to world problems that'll never end, government corruption. I spend more time hating and being angry than I do smiling. I could go on, but what I really mean is, I strongly dislike these things just as much as being called the M-work by some young, toned, Gwyneth Paltrow look-alike with perfect breasts and a soft voice that adds a touch of sweetness to obvious condescension. Now there are those who might see this word as a courtesy, a sign of deference or respect, but in my world, ma'am is what you call someone you think is simple and safe. Old and inconsequential. Unless I become the Queen of England, don't ever call me ma'm. It's dismissive and ego bruising.

Marriage and midlife can be difficult. But when you add a controlling, manipulative, and self-absorbed mother-in-law into the mix, things can get worse—much worse. Toxic even. Especially when Allison Montgomery’s beloved father-in-law, and long-time confidant, George, passes away and her mother-in-law, Margaret, ‘temporarily’ moves in.

From rearranging the furniture and taking over the kitchen to embarrassing and undermining Allie at every turn, including funding her daughter’s escape and throwing hissy fits in public, Margaret turns Allie’s life upside down.

Allie bounces between a sincere desire to be supportive of her grieving mother-in-law and the occasional, intense urge to push her out the nearest window. Feeling annoyed, trapped and even a little childish, Allie struggles to avoid a complete meltdown with help from her fearless and audacious best friend, a plan for reinventing herself and, yes, a few glasses of Chardonnay. Can Allie survive her mother-in-law, all while navigating through the trials and tribulations of midlife, the anxieties of parenting adult children, and a twenty-two year-old marriage? Maybe…

From the very first page of this delightful book we get a glimpse into the life of the main character. Allie is a peri-menopausal woman who is juggling her job as a primary school teacher, family who rely on her and the effects of her beloved father-in-law passing away. Throw into that mix a cantankerous mother-in-law, and it is easy to engage with Allie's character.

The majority of this story focuses on the relationship she has with Margaret. It has clearly been difficult prior to the death of Margaret's husband but when she comes to stay the problems between them surge. Margaret is rude, antagonistic and quarrelsome with Allie, and I admired her ability not to retaliate but attempted to be understanding of Margaret's grief.

Although Margaret is portrayed as a harridan and, as a reader my sympathies lay very much with Allie, it was also easy to assume that there was more to Margaret's character than was at first obvious. I think that Margaret was such a successful character because many of us have known a version of her.

There were several very funny elements in this book. In particular, I laughed when I read the following passage. For context, Allie has decided to become a children's author, and having written her story very quickly and emailed it to several agents she immediately says:

I anxiously checked my inbox for replies. Nothing. Oh, the pressure. The pressure of waiting to hear from an excited agent wanting to represent me was unbearable. Seconds later, I hit the refresh button. Still nothing. They must all be on lunch, I reassured myself."

This is a heart-felt novel, written with humour and sincerity, and I enjoyed reading it very much.

Carolyn will be back next month with her top books to take to a desert island. Watch this space! 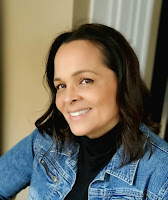 About the Author:
Carolyn Clarke is the founder and curator of https://henlitcentral.com/, a blog focused on ‘life and lit’ for women over 40. And Then There’s Margaret is her first novel. She has been an ESL teacher for over sixteen years and has co-authored several articles and resources with Cambridge University Press, MacMillan Education and her award-winning blog ESL Made Easy.
(ARC and all author info courtesy of the publisher)
Posted by Annie at 10:30 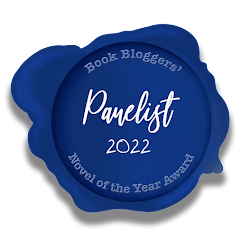 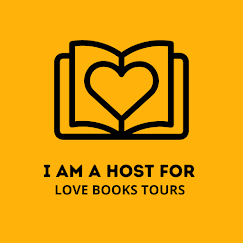 Annie
United Kingdom
Welcome to Left On the Shelf. I'm Annie and I live in the lovely South East of England. I started this blog in October 2013 as a challenge to myself to not buy any new books for a year. Instead, I read books that had been gathering dust on my shelf for years. I also read library books and books that were gifted to me. During the challenge I discovered how much I enjoy sharing my thoughts on the books that I read, and so my reading journey continues. If you are a publisher or author who would like me to review your book, then please email me at: leftontheshelf1@gmail.com